60 Teens and Parents Learning the Hard Way About Underage Drinking

The Party Gets Busted 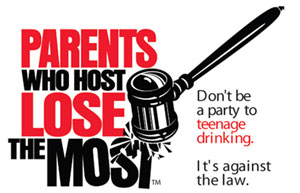 Police in Swampscott, MA say 58 underage drinkers, many of them high school student-athletes, will have to appear in court after being arrested at a recent underage drinking party. Neighbours called the police on students fighting in the street, drinking beer and hard alcohol as well as hiding clear liquor in sports drink bottles.

While it is unclear whether parents were aware there would be drinking, at least some knew about the party because they came to pick up their teenagers. A few of the parents insisted that not all of the kids were using drinking, yet they were arrested anyway.

Many of the students are student-athletes and they’ll likely be suspended, which will affect their playing time in their sport. For students with other offenses, these incidents could go on their criminal record. The owner of the home where the party took place, a parent of one of the students, also faces charges.

School rules dictate that the student-athletes must miss 25% of their games as punishment for this type of offense. A second offense would result in a stricter punishment, such as losing a team title or being dropped from the sports team entirely. Parents hope that the kids get the help they need; however, it’s not just the students who are in trouble. Due to Massachusetts social hosting laws, the father of the student who owns the home now faces charges of procuring alcohol for minors.

Parents agree that it is important for students as well as parents to talk about the dangers of drinking with their children. Both teens and parents need to learn that there are consequences for their actions and they must make smarter decisions. Parents should establish firm boundaries that it’s never, ever OK to drink while underage. Playing ignorance doesn’t work; there are laws in place that hold parents accountable, too.

If you believe the kids in your school or organization could be facing a turning point or are at risk of going down the wrong path, some focused guidance can help. An “edutainment” speaker like Rob Hackenson delivers inspiring, educational lectures in an entertaining fashion. Using a unique combination of magic, illusions, and video clips, he’ll keep the students engaged as they learn valuable lessons about becoming a successful young adult.