How to Increase Bullying and Cyber Bullying Awareness 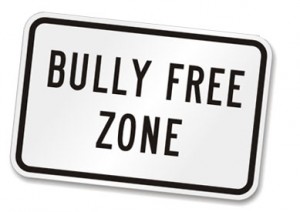 Watch almost any television show from the 1960’s and you’re sure to see episodes regarding bullying. Whether it was Beaver Cleaver or Opie Taylor, there were almost always run-ins with the class bully. Often times, the resolution to these altercations involved a sturdy come-back and a willingness to defend oneself and the two former enemies walked away friends. While that scenario might have worked well on T.V., it is unfortunately not often the case in real life; especially in today’s world of bullying.

Bullying in a Digital Age

While “old-fashioned” kinds of bullying still exist in the form of name calling, physical acts, discrimination, exclusion, threats or gossiping, there is also a prevalence in today’s society of cyberbullying. Cyberbullying takes place over one of the many available social networks and often involves verbal abuse, rumor spreading and threats. Today, 93% of teens go on line and approximately 88% of them have witnessed an episode of cruelty on a social network. Thirty-three percent of teens have been victims themselves.

So how can we increase awareness of the many forms of modern bullying? Parents can play a large role by discussing the topic at home with their children; this can help ensure that their children are neither the victims nor the perpetrators. They can also keep an eye on their children’s social networking accounts to monitor the types of activity and interactions that are taking place.

When parenting efforts are either unsuccessful or unavailable, however, there is tremendous benefit in hosting a bullying prevention speaker at a school assembly. The most effective type of bullying prevention speaker is one who can not only communicate necessary facts but that can also deliver them in a catching and entertaining manner. Students are more likely to remember the message of an assembly that entertained them and made them laugh over one that was dry and predictable. Speakers can help students and staff understand that bullying is a learned behavior although it has existed for perhaps centuries, it is not correct or acceptable. Bullying prevention speakers are not only effective in helping people know how to respond to bullying once it has occurred but can also teach how to prevent the bullying in the first place.